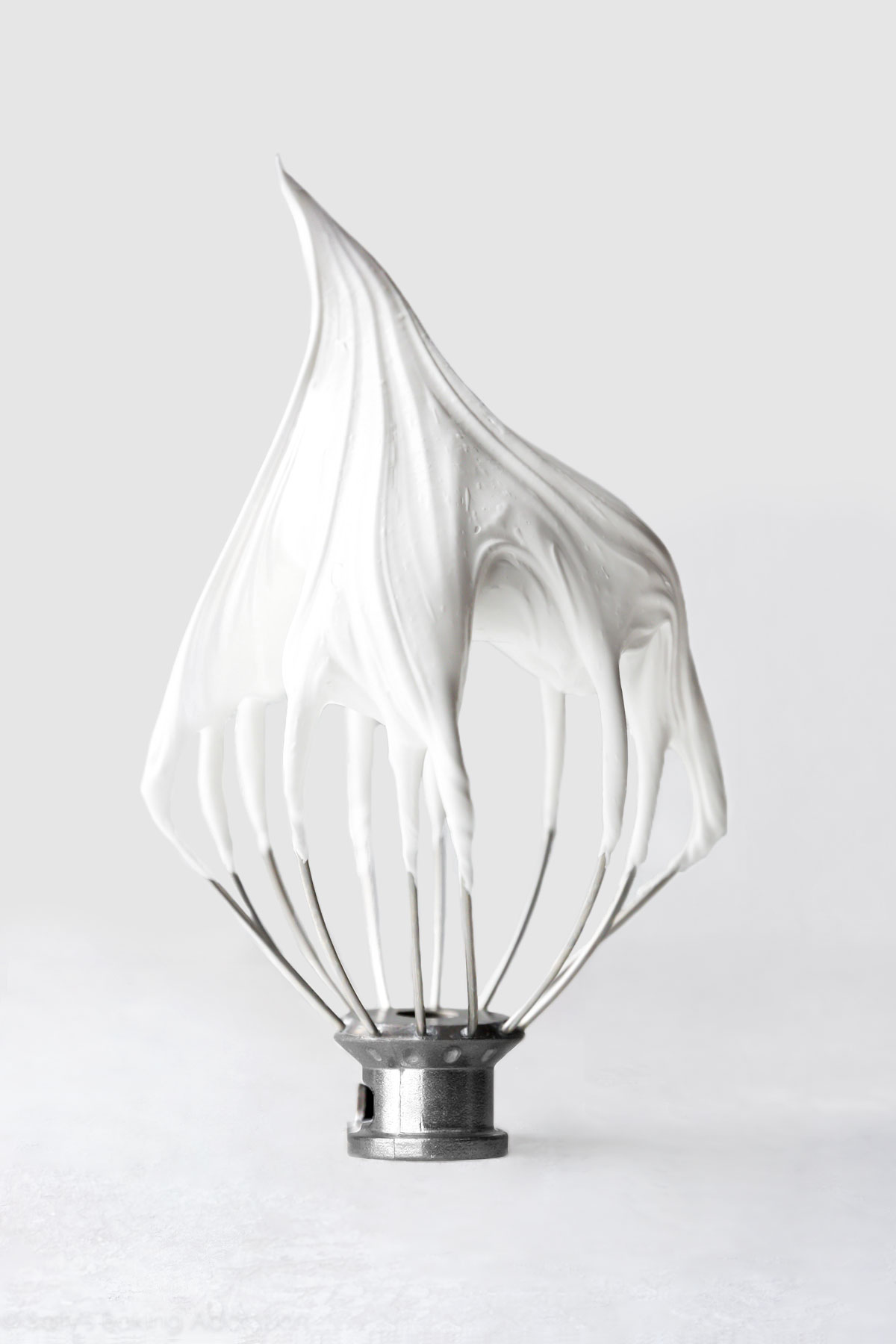 Not doing much to sell this, am I? It tastes great and looks wonderful, but you do need to know a few tricks to make it successful every single time.

What is Coconut Whipped Cream

Coconut whipped cream is made from either fresh coconut cream or the solid coconut cream that separates from the water in a can of full-fat coconut milk.

The brilliant thing about coconut cream is that it whips up into thick yet airy whipped cream. While the consistency is fairly similar to regular whipped cream, the flavor is slightly coconut-y. 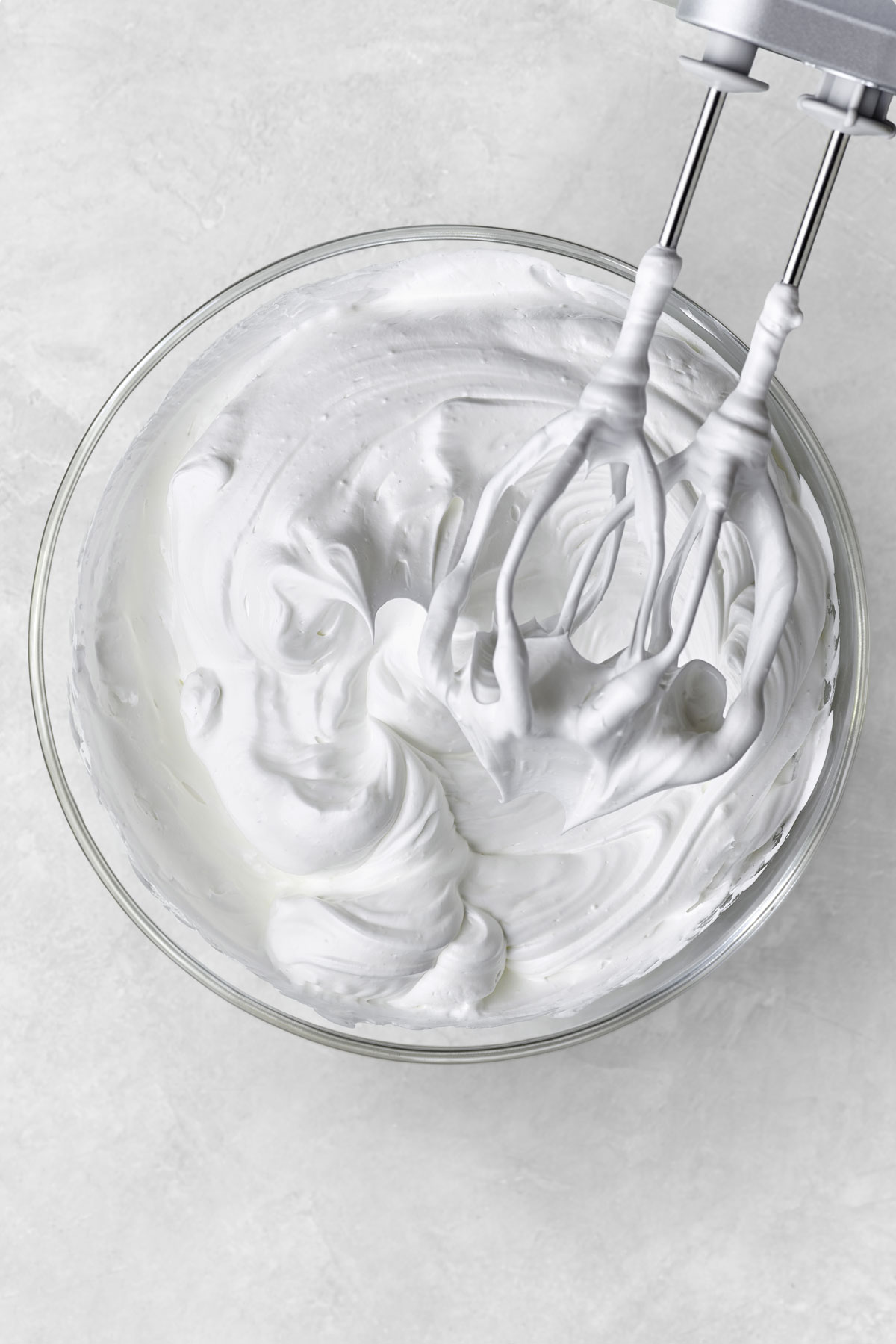 If you have an abundance of fresh mature coconuts, homemade coconut cream beats canned any time. It’s just as thick and creamy as the canned version, but it’s raw and tastes so much better. If you don't have fresh coconut cream, both canned full-fat coconut milk and coconut cream work just fine.*

If you use canned coconut milk, look for: 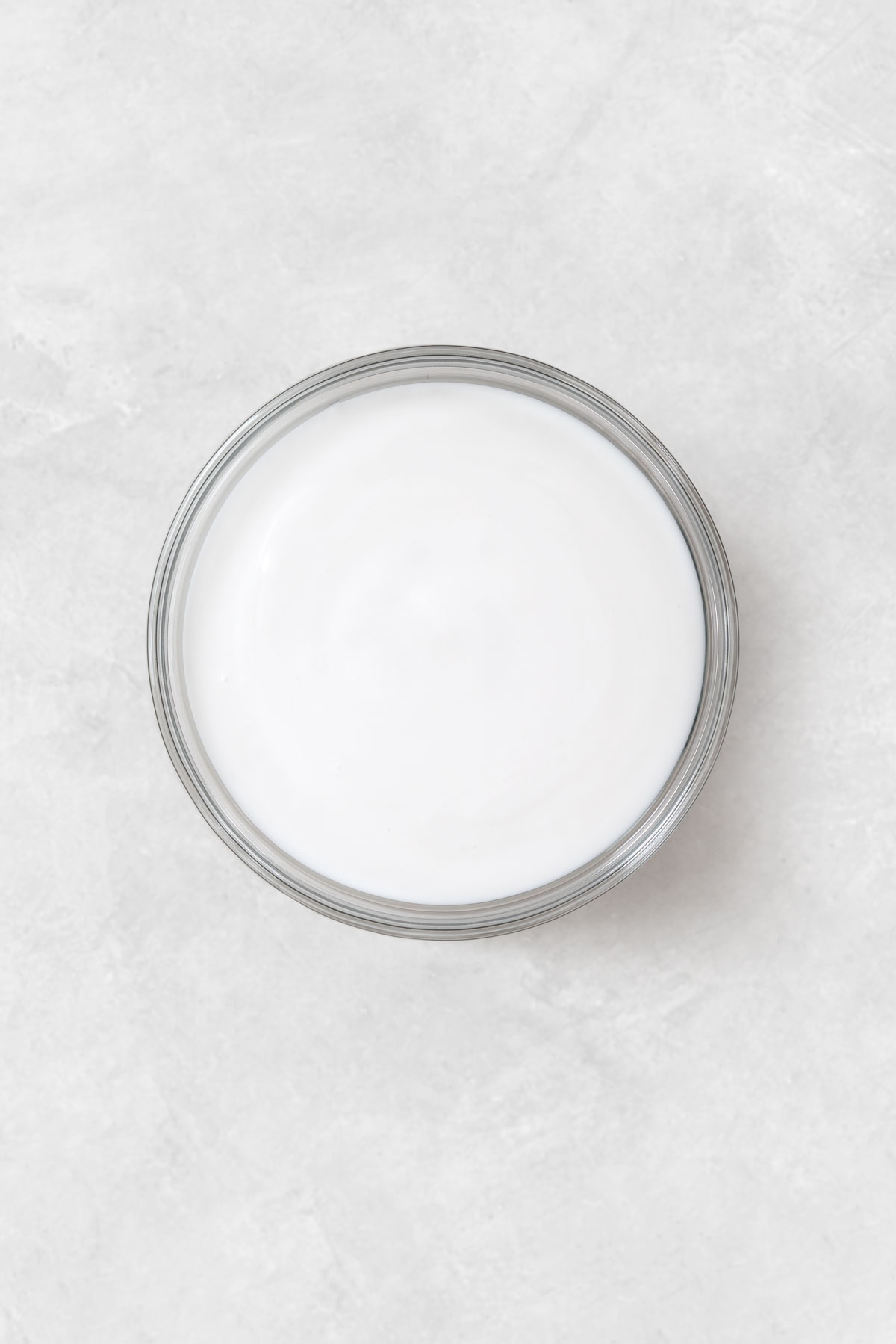 Some brands of coconut milk whip up better than others. Selecting a good quality brand of coconut milk (or coconut cream) is perhaps the most important factor in making perfectly whipped, light, and fluffy coconut whipped cream. However, sometimes even the brands I recommend (and use all the time) flop. Sometimes the companies change their formulas, sometimes, there's an odd can that just doesn't work.

Don't let that discourage you, though. Just know that if it doesn’t work once, it may not be you — it may be the brand or something that went wrong with a batch.

Here is a list of brands I have personally tried, listed from the best to worst.

How to Make Coconut Whipped Cream

With just three ingredients and a hand mixer, making coconut whipped cream couldn’t be any easier. Here’s how to do it: 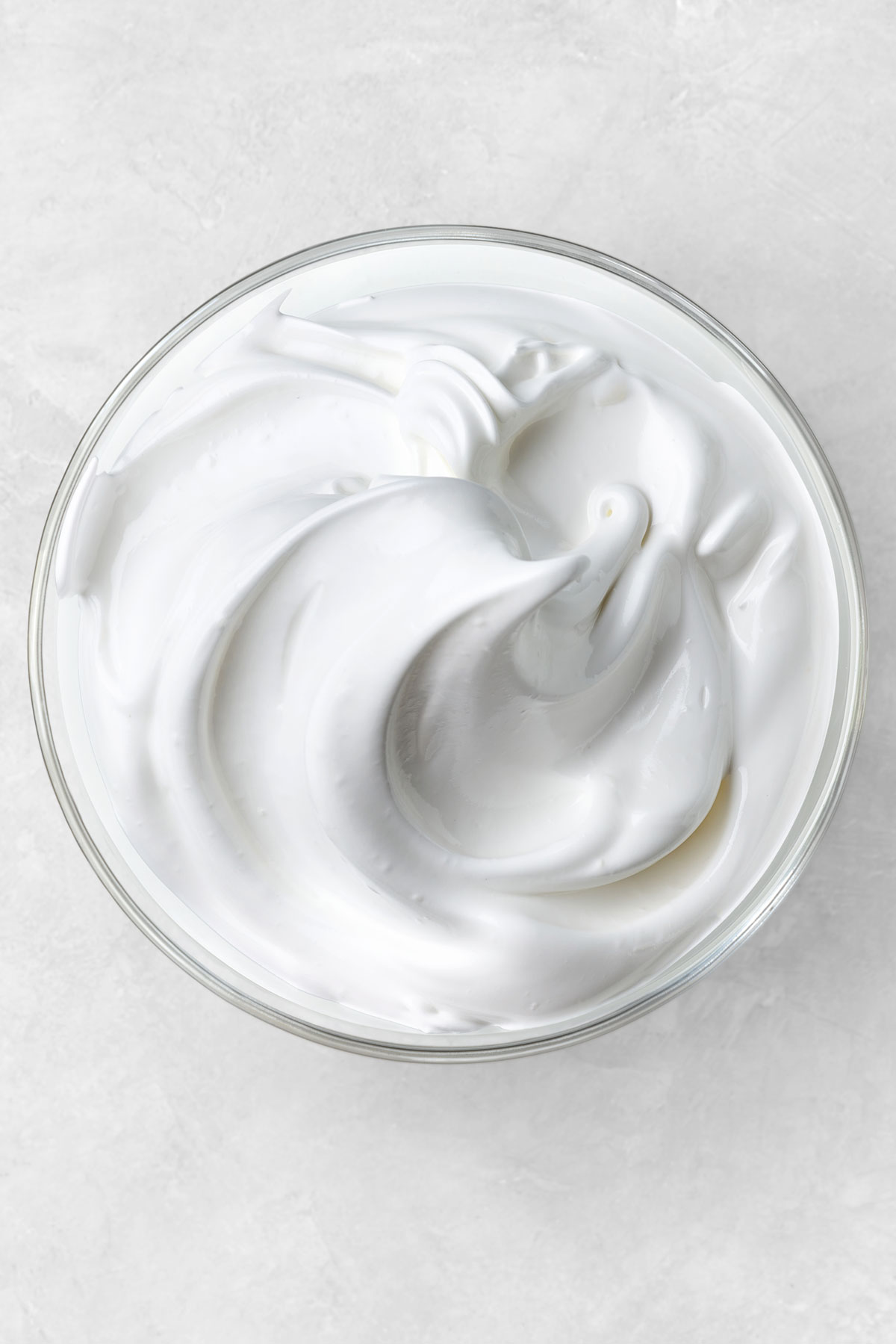 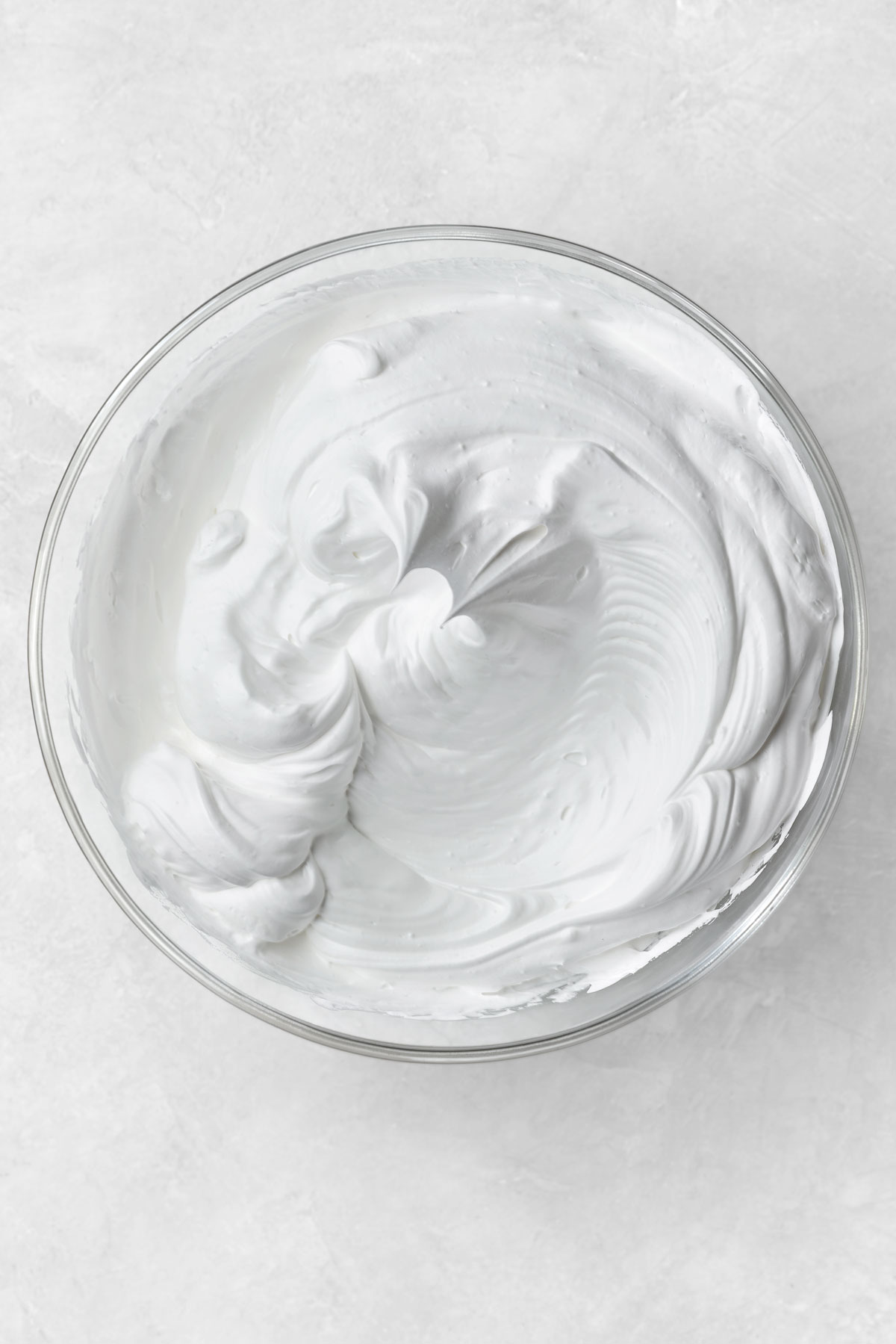 How to Store Whipped Coconut Cream

My favorite way to flavor the whipping cream is to use various extracts, such as vanilla or almond, but no sweeteners.

How to Use Coconut Whipped Cream

However, whipped coconut cream doesn't keep well at room temperature. So, if you're using it to decorate cakes or cupcakes, you will need to keep the cakes/cupcakes in the refrigerator until ready to serve. 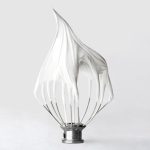 *You can find out which brands I recommend in the "Brands of Coconut Milk & Coconut Cream" section of this post. **Prep time doesn't include chilling the coconut milk, about 12 hours. ***Nutrition information is approximate and may contain errors. Please, feel free to make your own calculations.
Nutrition Facts
Coconut Whipped Cream
Amount Per Serving (1 of 6)
Calories 120 Calories from Fat 90
% Daily Value*
Fat 10g15%
Carbohydrates 4g1%
Fiber 0g0%
Sugar 2g2%
Protein 1g2%
* Percent Daily Values are based on a 2000 calorie diet.