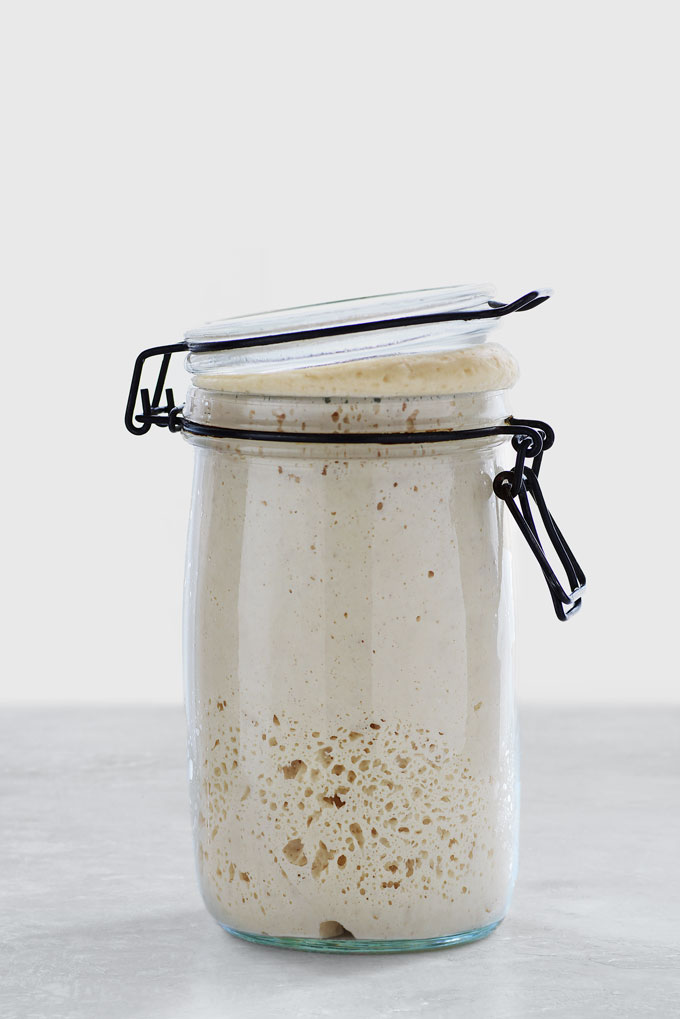 Most cultures around the world rely on the actions of microbes to ferment food. Think about miso from Japan, kimchi from Korea, sauerkraut from across Europe, kombucha from China/Russia, or sourdough from ancient Egypt. Although fermented foods were initially produced as a means of preservation, it became quickly apparent that these foods possessed other desirable attributes. Compared to the raw ingredients from which they are made, fermented foods have unique flavors, textures, appearances, and nutritional value.

Fermentation is a natural preservation process but one that few people do on their own anymore. Most people purchase pasteurized vegetables in supermarkets instead of fermenting their own. Yeast-risen breads are far more common than breads leavened with a sourdough starter. Canned carbonated tea is undeniably more convenient than brewing kombucha at home. I get it.

However, fermenting foods at home provides an opportunity to combine science with art to craft something nourishing and wholesome. An opportunity to embrace slower, more mindful cooking processes. And what better place to start than with the food the unites the majority of the world's civilizations: bread. 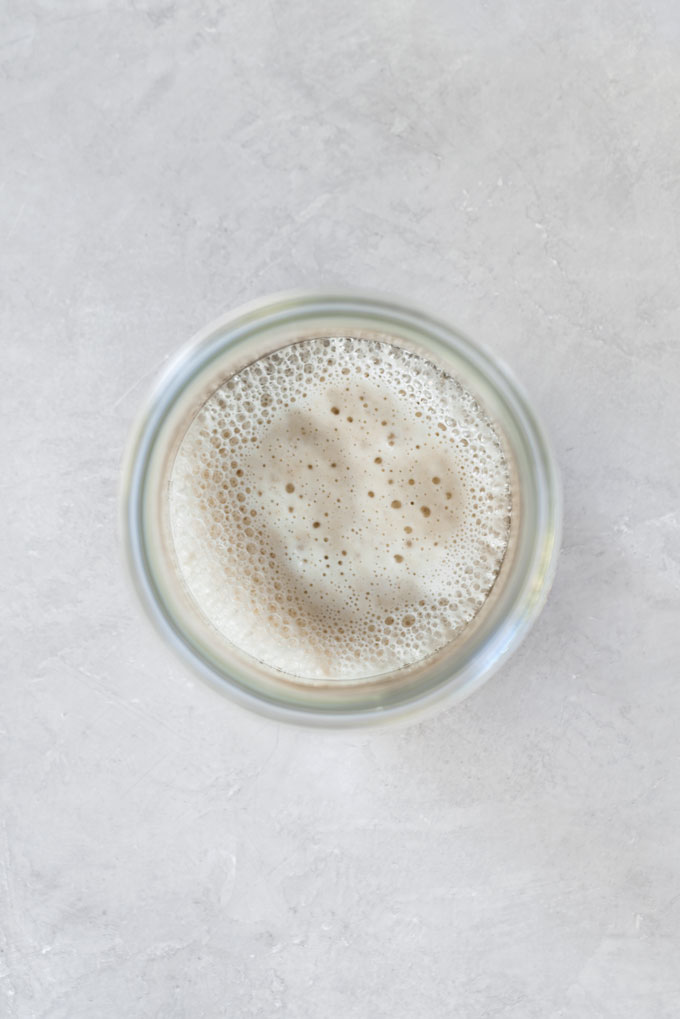 All yeast-leavened breads rely on the actions of microbes. The yeast used to make bread can be either cultivated from the environment around us in the form of a levain (sourdough starter) or commercially-manufactured (baker's yeast).

The main difference between the two is yeast cultures. Sourdough starter is made up of many different "wild" yeasts and lactic acid bacteria, whereas baker's yeast is is made up of only one yeast species. This is why each levain has a unique flavor and texture. No two sourdough breads are alike.

A fun fact - the properties of a sourdough starter are actually based on local strains of yeast and bacteria. This variability in yeast influences the flavor and leavening time, which is why every region of the world produces a different type of sourdough bread.

What is Sourdough Starter

Sourdough starter is essentially a medium for cultivating a symbiotic community of wild yeast and lactic acid bacteria. Wild fermentation depends on microorganisms that are naturally present around us whether it's in raw food, in the jar where the sourdough is fermenting, or in the air. Since both wild yeast and bacteria are present on grains, an easy way to "capture" them is to combine flour and water, and let the mixture ferment for a few days.

When flour and water mix, enzymes (amylases) in flour convert long starch molecules into simple sugars. Both yeast and lactic acid bacteria feed on the simple sugars - yeast prefers to feed on glucose and fructose while lactic acid bacteria likes maltose. After a day or two, bubbles start to form in the starter, indicating that the microbes are starting to become active and multiply. The wild yeast begins to release CO2, which creates the rise and texture in sourdough bread. The lactic bacteria release lactic acid and acetic acid to create the sour flavor that sourdough is known for. And the enzymes unlock minerals otherwise unavailable to us. In other words, the complex, symbiotic ecosystem of a sourdough starter - a combination of wild yeast, bacteria and enzymes - works to leaven, flavor and build the structure of the dough.

In about a week, the sourdough starter becomes a reliable "natural yeast" culture that can be used to leaven breads. 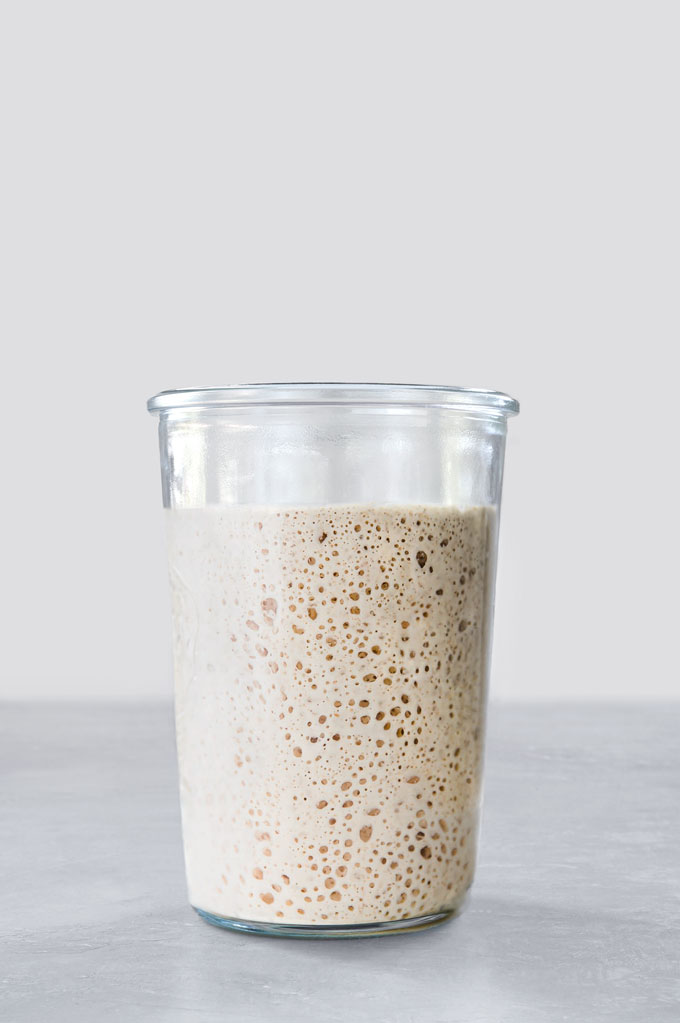 There are two types of sourdough starter - liquid and stiff. The difference lies in hydration, that is the amount of water compared to the amount of flour.

Which one is better? It comes down to a personal preference. Some people find mixing a batter consistency starter easier, while others prefer the ease of mixing a firm ball of dough. Personally, I prefer a liquid starter. As for the proportion of each acid in the final loaf, it can be manipulated regardless of the starter.

It's worth mentioning that professional bakers typically maintain both starters. However, if you're just making a couple of loaves of sourdough a week, there’s no reason to necessarily do that. It's easy to convert liquid starter to stiff and vice versa by making small adjustments to the water and flour ratio. 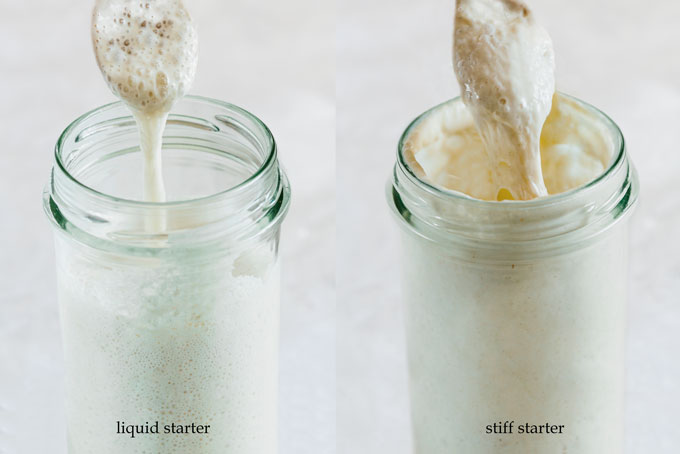 Whichever flour(s) you decide to use, make sure they are unbleached and do not contain any chemicals. Enriched flours are fine to use.

How to Make Gluten-Free Sourdough Starter

I keep my gluten-free sourdough starter on the kitchen counter, away from the direct sunlight, with an ambient temperature around 75°F/24°C. If the ambient temperature of your kitchen/house is cooler than 70°F/21°C , you'll need to create a warm spot. There are a few ways to do that: 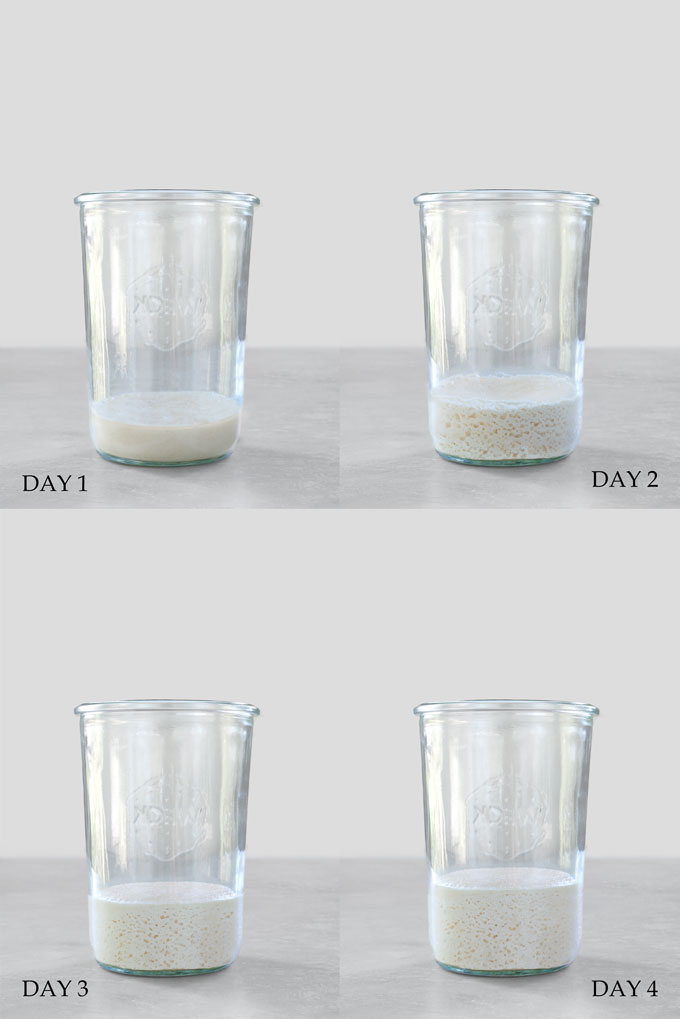 How to Maintain a Sourdough Starter

Once the starter is active, you can keep it indefinitely. Starters are often passed down in a family and kept for decades. However, to keep a healthy sourdough starter, you will need to maintain it (refresh it). There are a few ways to do that.

My sourdough starter isn't doing anything.

Your starter won't probably be showing any signs of activity within the first few days of fermenting. It's completely normal. However, if your starter isn't active within the first three days (that is, no visible bubbles, no rise, no sweet-sour odor), it could be because of:

There is no need to throw away an inactive starter. If your starter isn't showing any activity, make any necessary changes from the list above and continue feeding the starter according to the instructions.

My sourdough starter is active, but barely rising between feedings.

If your starter is not doubling or growing substantially in volume between feedings, it is not strong enough to leaven dough. Be patient and continue with regular feedings until the starter strengthens. You want to see consistent signs of fermentation day after day before you use the starter for leavening.

My sourdough starter died after a lot of activity in the first couple of days.

In the first few days of building a sourdough starter, you will most likely see lots of bubbles and activity. This initial activity may suddenly stop and make it seem like something has gone wrong. This initial burst of activity is typically a different type of bacteria in the sourdough starter that will eventually be replaced by lactic acid bacteria. As you continue feeding and discarding your starter, it will slowly become more and more acidic. The other bacteria that might be present die off, which allows the wild yeast and lactic acid bacteria to take over, become more stable, and create an active gluten-free sourdough starter that is strong enough to leaven all manner of baked goods.

My sourdough starter is dead.

Sourdough starters are extremely resilient and it is unlikely that you actually killed your starter. However, there are a few things that will kill even the most mature starter:

My sourdough starter has a weird smell.

The smells that are produced at each stage of sourdough development depend on the kind of flour you are using and the microbes who are working on the flour.

There is dark liquid on top of my starter.

The liquid is called hooch and it's the alcohol given off as wild yeast ferments. Hooch is formed and thrown off when a starter is fed too little, and too infrequently. If you have just a bit, stir it in and feed the starter. If you have a lot (more than 1 inch/2.5 cm in a quart/946 ml jar, pour it off, replace it with water, and then feed the starter. You can prevent hooch by keeping your starter fed well and often. 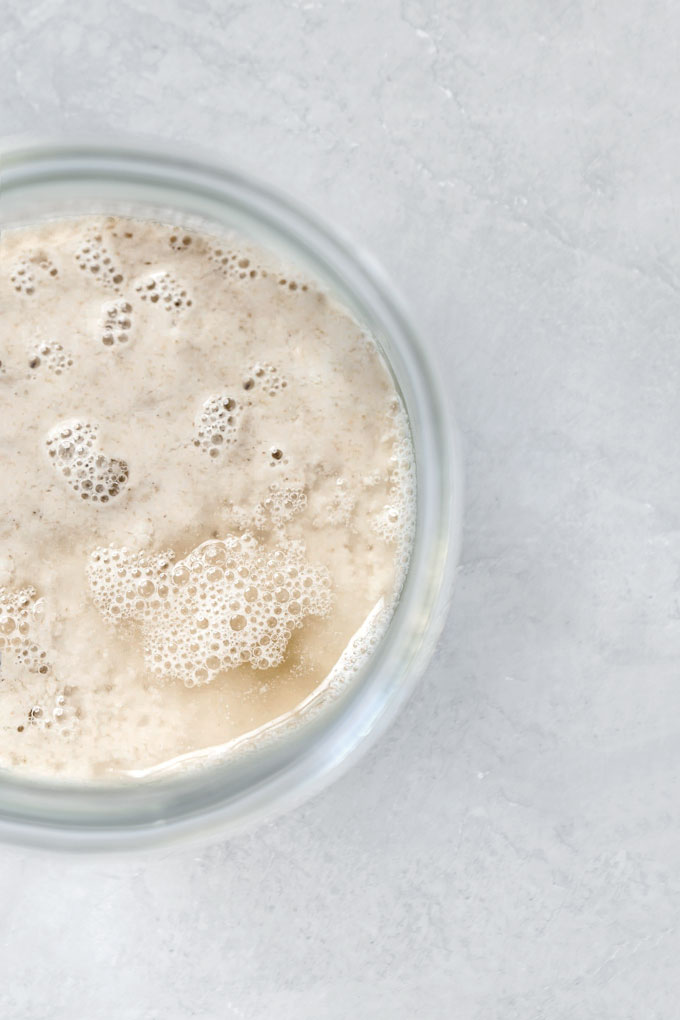 My sourdough starter is developing mold.

While mold on a sourdough starter is fairly rare, it does happen from time to time. Mold can occur on the surface of the starter or on the jar itself. Its appearance can range from pink and white to green, dark brown, and black. The cause is usually some sort of contamination with food or weakened yeast due to a forgotten feeding. If you see any type of mold, throw the starter out and start over. There is no way to fix or salvage a moldy starter.

The great thing about gluten-free sourdough starter is that you can use it instead of commercial yeast in any bread recipe. Not all sourdough breads are sour; in fact, some barely have any note of sourness at all. This all depends on how you feed your starter and when you use it.