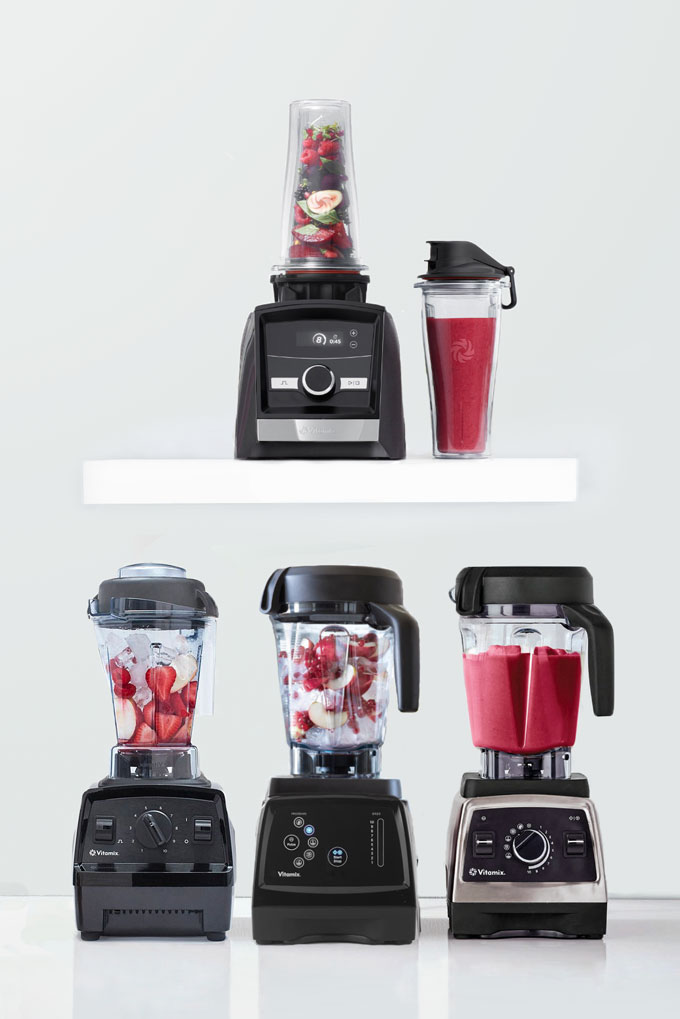 The only thing harder than coming up with the money for a Vitamix is figuring out which Vitamix model to buy. Seriously! There are so many options and their names are so confusing.

At one point, Vitamix used to offer more than 30 models! Today, there are 15 different models plus exclusive packages produced for selected retailers, such as Costco or QVC. No wonder this causes a lot of confusion and customers are often puzzled which Vitamix model is the best and which Vitamix is worth buying.

In this review guide, I am going to look at all Vitamix models and help you decide which one is the best for you.

In case you're not interested in reading the entire review and just want to know which Vitamix blender is best for whom, here is a brief summary:

Vitamix blenders fall into two categories - non-commercial (for home) and commercial (for restaurants, bars, and coffee shops). I am not going to talk about commercial blenders because they are not ideal for home use. They are generally more expensive and have shorter warranties (3 years).

Non-commercial Vitamix blenders can be further divided into three product lines - Legacy, Smart System, and Explorian. Vitamix also used to offer a line of personal blenders - Space Saving - but those were discontinued in 2019. Blenders in the Legacy and Smart System product line fall further into series - C - Classic and G - Next Generation (within the Legacy line), and Ascent and Venturist (within the Smart System line). Finally, each series offers several Vitamix models. 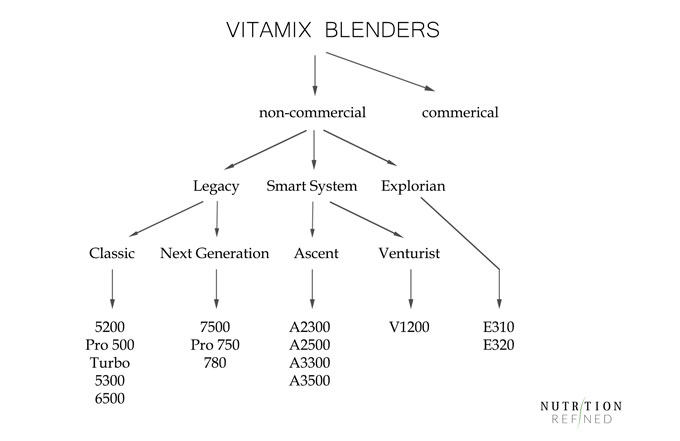 Let's look at all the differences between the product lines, series, and models.

Legacy blenders include some of the most popular Vitamix models, including the iconic 5200 or the popular Professional 750.

The majority of current Vitamix models belong to the best-selling C-Series, also referred to as Classic. This series is the oldest and includes five models - 5200, Professional Series 500, TurboBlend 3-Speed, 5300, and 6500. 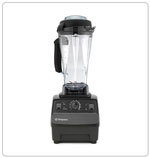 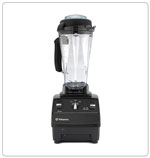 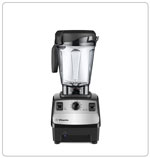 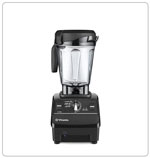 The differences between the Classic models can be divided into three categories:

Here is a simple table outlining all the differences and similarities between the Classic blenders:

So, which Vitamix model from the Classic C-series is the best?

Both the Pro 500 and the 6500 are the most feature laden Classic models. The Pro 500 comes with a tall container while the 6500 has a low-profile container. With the 64-oz (tall) container, there is no need to purchase an additional container for smaller portions, so the Pro 500 has a slight advantage, in my opinion.

If price is an issue, then the iconic 5200 is the best deal. Compared to the Pro 500 it lacks preset programs, but it makes up for it in price.

Next Generation Vitamix models are essentially improved Classic blenders. The two most frequent complains about the Classic models were that they were too loud and didn't fit under standard kitchen cabinets. So, in 2013 Vitamix solved both those issues and added a few more features.

The main changes introduced in the Next Generation blenders (not found in the Classic blenders) were:

The Next Generation series includes only three models - 7500, Professional Series 750, and 780. 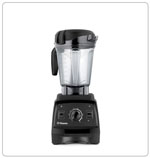 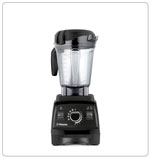 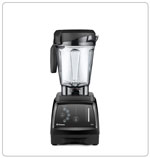 The differences between the Next Generation models can be divided into two categories:

Here is a simple table outlining all the differences and similarities between the Next Generation blenders:

So, which Vitamix model from the Next Generation G-series is the best?

Both the Pro 750 and the 780 have the same features except that the Pro 750 has manual controls whereas the 780 comes with a touchscreen. Considering that the 780 is the most expensive Vitamix model (it is even more expensive than the newest and latest A3500!), the Pro 750 is the best choice out of this series. If you really want the 780, look for a refurbished model, which is often available at a bargain price

The Explorian is a budget-friendly Vitamix series that was introduced in 2017. These are the most affordable Vitamix blenders that have a similar functionality and design as Legacy blenders but come with either a 48-oz container (E310) or a 64-oz (low-profile) container (E320). You can think of Explorian blenders as a C-series and G-series hybrid.

The Explorian series includes only two models - E310 and E320. 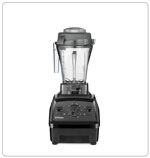 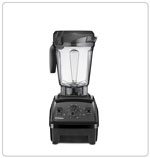 The differences between the Explorian models can be divided into three categories:

Here is a simple table outlining all the differences and similarities between the Explorian blenders:

So, which Vitamix model from the Explorian series is better?

It depends on the size of the household although I would lean towards the E310. The E310 is simply more versatile and for the price, it's the most budget-friendly option Vitamix has to offer.

In 2016 Vitamix released their most advanced line of Vitamix blenders called the Smart System. These blenders inherited a powerful motor and an efficient blending ability from the Legacy line, but added many new technology features that promise to make Smart System blenders the most advanced for many years ahead.

The main features introduced in Smart System blenders (not found in Legacy or Explorian blenders) are: 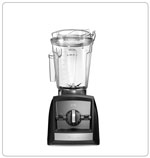 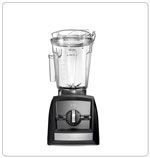 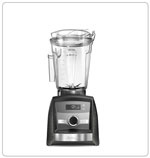 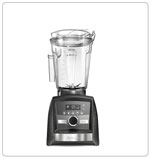 The differences between Ascent models can be divided into two categories:

Here is a simple table outlining all the differences and similarities between the Ascent blenders:

So, which Vitamix model from the Ascent Series is the best?

The absolute best blender on the market at the moment is the A3500. It has all the bells and whistles plus everything that comes with the Ascent Series models. If money is no object, I highly recommend the metal finish bases.

If you're attracted by the SELF-DETECT technology and wireless connectivity but prefer a cheaper model, then go with the A2300 or the A2500.

With the Ascent series release, Vitamix also created a new hybrid model for Costco shoppers called the Venturist. Within the Venturist series, there is only one model - the V1200.

The Venturist is essentially the A2300 in a G-Series shell. The end result is an older looking blender with new SELF-DETECT technology. 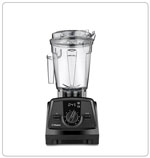 Which Vitamix Model to Buy?

I know I have just thrown at you a lot of information. So, here is a quick summary of the most important points with carefully selected quick picks for the best Vitamix blenders for different needs and desires.

For a comparison of the most popular Vitamix blenders, see my » Best Vitamix Blenders review 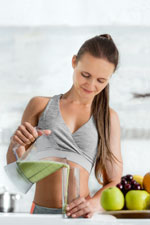 Hi, I’m Petra – a Registered Holistic Nutritionist and a Raw Food Chef. I have been using a Vitamix for more than a decade. I personally own several Vitamix blenders (mostly for testing purposes) and use Vitamix exclusively in commercial settings as well.

Whether you’re wondering which Vitamix to buy or what the upcoming Vitamix deals are, you’ll find it on this site.

A full disclosure – I am an affiliate of Vitamix, so if you use my links to purchase a Vitamix, I earn a small commission at no cost to you. Thank you so much for your support.

If you still can't decide which Vitamix to buy, I would be happy to answer any questions in the comment section below. I respond to all comments within 24 hours.