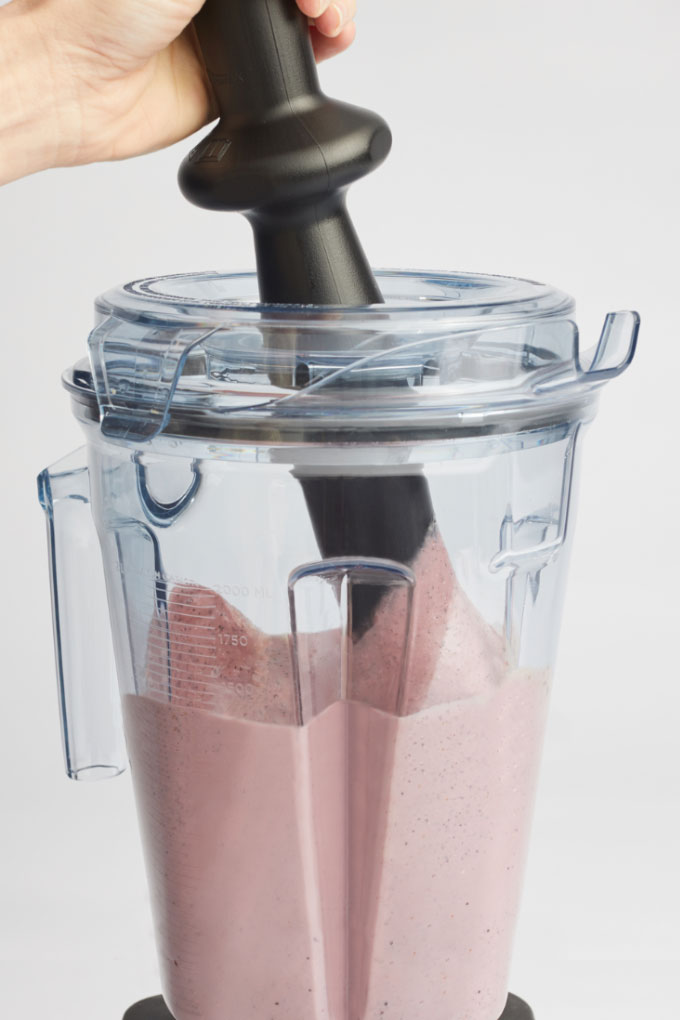 All Vitamix blenders come with a tamper accelerator tool designed to eliminate air pockets by pushing ingredients down into the blade. The tamper is generally not needed, but is extremely helpful when processing thick mixtures, such as frozen desserts, nut butters, dips, and other thick blends. 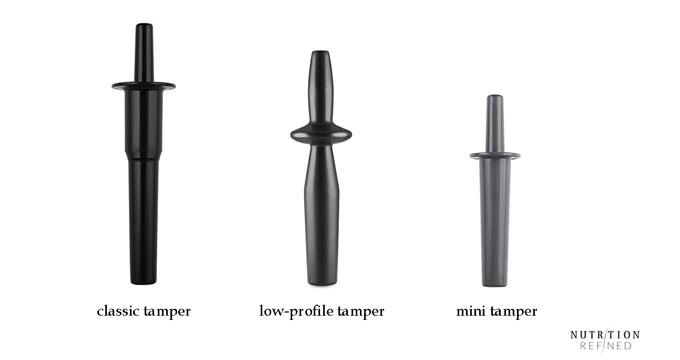 The length of the tamper and the hole in the lid are designed to allow the tamper to reach very near the blade without actually touching the blade.

How to Use Vitamix Tamper

Vitamix tamper is supposed to be used only when the lid is securely locked onto the container. If the lid is off, there’s nothing to stop the tamper from reaching the blade.

Even if you try to be careful, due to the powerful vortex action, there is quite a bit of suction when the blender is running. So, as soon as the tamper touches the blending mixture, it gets pulled down into the blade.

If you accidentally forget to put the lid on, start blending, and then use the tamper, the tamper is toast. It has definitely happened to me - once when I was making a smoothie while rushing out the door, and once when I was on a phone and wasn't paying attention to what I was doing.

The good news is that the tamper will break before the blender does. The blade will just shred the plastic, so you’ll need to buy a replacement tamper (and toss whatever you were blending). Vitamix blenders are extremely durable and it takes a lot of break them. Other than a tamper (two tampers, actually), I have also accidentally blended a metal spoon and a wooden chopstick without causing any damage to the blender. 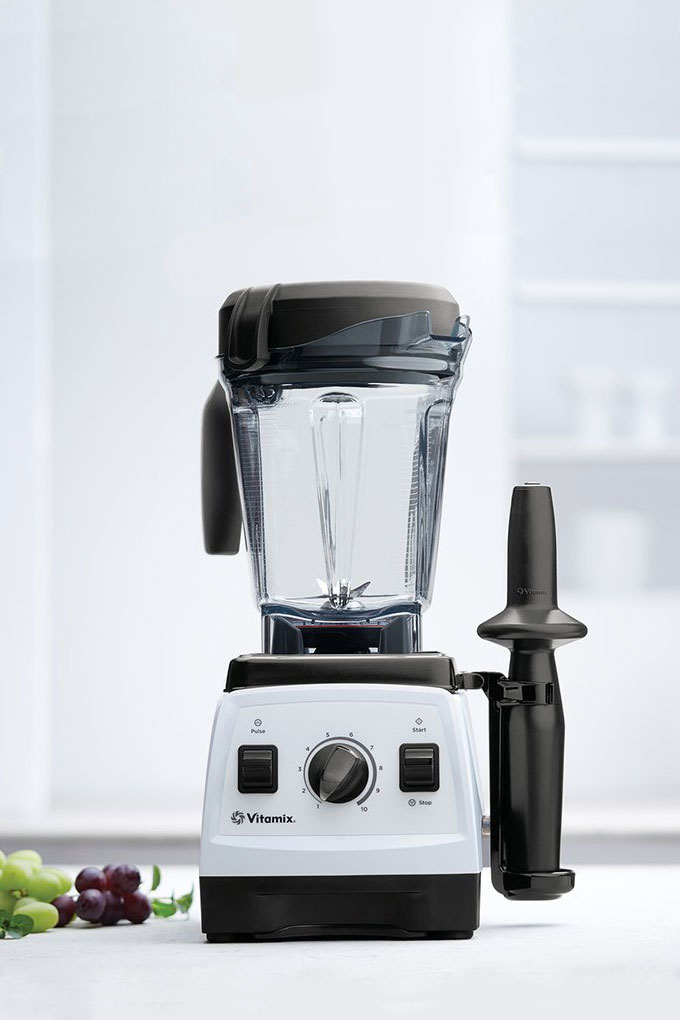 If you ever need to order a Vitamix replacement tamper, make sure you know which container you own (and which tamper is meant to go with it).

If you're not sure which Vitamix container you own, see my » Vitamix Containers Guide

For years, Vitamix was the only blender with a tamper. Blendtec even mocked Vitamix in their commercials, referring to the tool as a "nasty plunger". So, naturally, Blendtec blenders do not come with a plunger. In fact, Blendtec claims that their container design and a straight blade make a tamper unnecessary. However, the lack of a tamper (aka having to stop the blender and push the ingredients down into the blade and/or add extra liquid to continue blending) has been one of the most frequent complaints of Blendtec users.

Fortunately, many brands, including Ninja, Breville, KitchenAid, Oster, and Hamilton Beach, now offer tampers at least with some of their blenders.

Why don't all blenders come with a tamper? Because forcing frozen and/or thick mixtures into the blades puts a lot of stress on the motor. Blenders that include tampers have powerful motors that can handle this stress—they’re designed for it. Cheaper blenders with weak motors, on the other hand, might burn out if pushed past their limits.

Do You Need a Tamper?

As someone who has owned multiple blenders, I can tell you that you do not need a tamper. However, it's absolutely worth having one. It makes blending faster, more efficient, and most importantly - not frustrating!

Vitamix also offers tamper holders, so you can store the tamper together with the Vitamix blender in one place.